In 2020, Jim Beam® hosted a Giants Opening Day Sailboat Takeover in McCovey Cove to kick off the season. The program was built in partnership with the San Francisco Giants. Echoing the team’s efforts to show fan support without actual fans in stadium, we put our own avatar crew on deck. Life size cutouts were positioned on the boat and could be seen cheering the game from the stadium and throughout the cove. 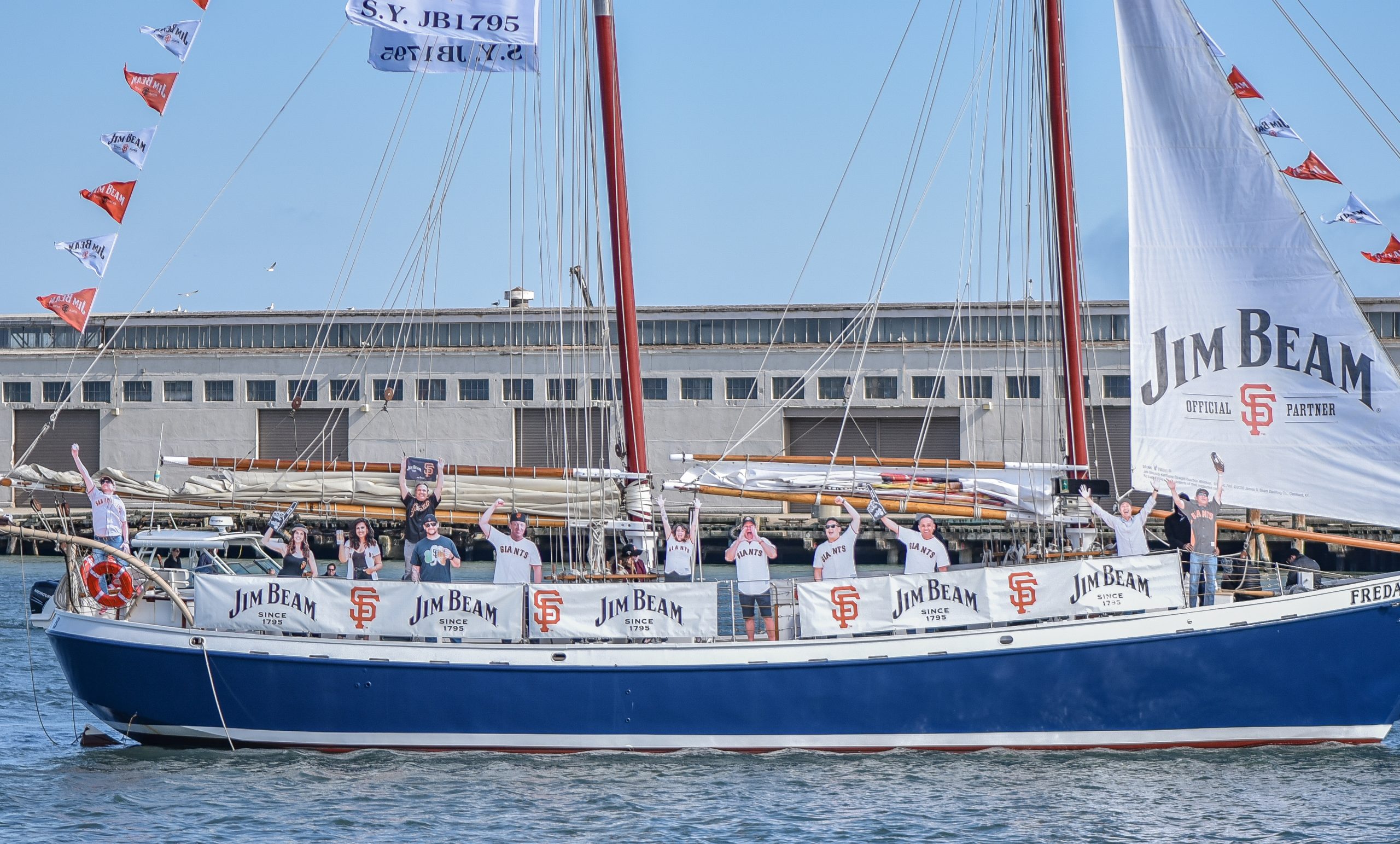